Ox Carts and No Coffee: Building a Monastery the Medieval Way 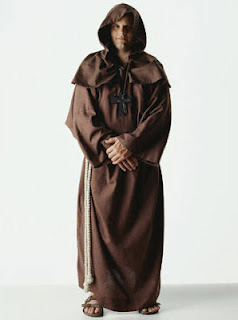 Historians, architects, archaeologists and volunteers in Germany are teaming up to build a medieval monastery the old-fashioned way. Working conditions will be strictly 9th-century, without machines, rain jackets or even coffee. It will take decades, but they hope to garner fresh insights into everyday life in the 800s.

What did a medieval stonemason do when heavy rainfall interrupted his work? Umbrellas are impractical at construction sites. Gore-Tex jackets weren't yet invented, nor were plastic rain jackets. "He donned a jacket made of felted loden cloth," says Bert Geurten, the man who plans to build an authentic monastery town the old-fashioned way.

Felted loden jackets will also be present on rainy days at Geurten's building site, which is located near Messkirch, in the southwestern German state of Baden-Württemberg, between the Danube River and Lake Constance. Beginning in 2013, a Carolingian monastery town will be built here using only the materials and techniques of the 9th century. From the mortar to the walls, the rain jackets to the menu, every aspect of the operation will be carried out as just as it was in the days of Charlemagne. "We want to work as authentically as possible," says Geurten.

The building contractor from the Rhineland region has long dreamt of carrying out his plan. When he was a teenager, the now 62-year-old was inspired by a model of the St. Gallen monastery plan in an exhibition in his home city of Aachen. The plan, dating from the beginning of the 9th century, shows the ideal monastery, as envisioned by Abbot Haito of Reichenau.

Haito dedicated his drawing to his colleague Abbot Gozbert of St. Gall, who presided over the monastery from 816 to 837. He meticulously recorded everything that he believed was necessary for a monastic city, from a chicken coop to a church for 2,000 worshipers. Altogether he envisaged 52 buildings -- but they were never built. That will change in spring 2013, though, when ox-pulled carts wil begin carrying the first stones to the building site in the forest near Messkirch. It won't be finished until about 2050, according to estimates.

Click here to read this article from Der Spiegel