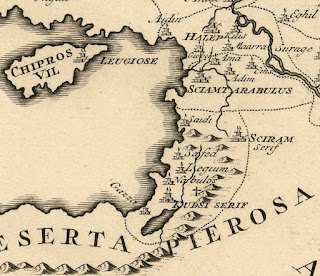 Ancient humans have changed the landscape around their settlements in such ways that even today archaeologists can distinguish between "lived in" spots and those never occupied by humans.

Now, two scientists have figured out a more efficient way of locating these sites, via their footprints, from space.

The scientists relied on two distinct features of ancient settlements in the Near East: soils altered by human activity and little hills that formed over time as residents successively built on top of older structures. By examining satellite images for these two features, they have found evidence of about 9,500 possible human settlements across an area of 8,880 square miles (23,000 square kilometers) in northern Mesopotamia, located in the northeast of modern Syria.