Human remains have been unearthed in one of Scotland's most ancient towns during road repairs. Experts say the skeletons found at St Andrews could be those of a group of Franciscan monks who lived there in the 15th century.

Resurfacing work at the town's Greyfriars Garden has now been halted for the remains, found six inches from the surface, to be excavated and preserved. 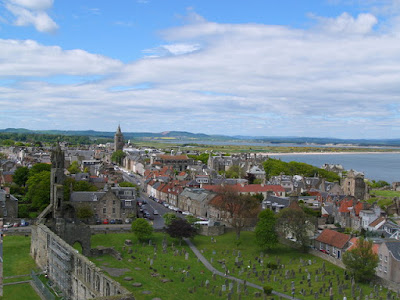 Fife Council's archaeology team has spent years trying to pinpoint the exact location of the monastery inhabited by the monks.

Archaeologist Douglas Spiers said: "St Andrews is a town of considerable antiquity so we always held the possibility of archaeological remains coming to light in that area as part of the works. However, we thought that because they were only reducing the surface by a small margin it wouldn't be deep enough to disturb anything. Clearly, we were wrong."