Social Media as a Teaching Tool 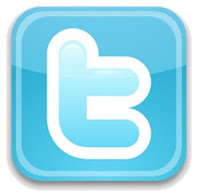 Twitter's popular hashtag, #thatawkwardmomentwhen gains another contribution when Criseyde tweets, "I just realized that my uncle is setting me up with the King's son... "

Of course, Criseyde, the ill-fated lover who makes a cover appearance in Chaucer's poem, Troilus and Criseyde, doesn't have her own Twitter account. She and others from Chaucer's Medieval writings must rely on the students in an upper-level class at Shenandoah University to say what they would if they could in a social media experiment being tried out by instructor Bryon Grigsby.

Grigsby, who is also the vice president of academic affairs at the Virginia institution, is one of multiple instructors in campuses who have dived into the deep end to test out the use of social media as a teaching tool to support student learning without knowing the outcome.

At Georgetown University, Professor Betsy Sigman is using Google+ in her courses at the McDonough School of Business. There she's trying out the social networking platform to help students keep up with current events on data, the topic of the course she's teaching.

Click here to read this article from Campus Technology