Contrary to popular belief, women played a central role in Maya society before the arrival of Spanish explorers in the early 16th century, a University of California, Riverside graduate student has discovered. That finding is significant for modern Mayan women, whose status in society rapidly diminished under Spanish colonial rule and remains so today, according to Shankari Patel, a Ph.D. candidate in anthropology.

Patel’s groundbreaking research, which included extensive fieldwork in Mexico’s Yucatan Peninsula and an examination of previously uncatalogued artifacts in the British Museum, has won her the 2011 Dissertation Award from the American Anthropological Association’s American Feminist Association (AFA) and the AAA Minority Dissertation Fellowship. Patel expects to complete her dissertation, “Journey to the East: Pilgrimage, Politics, and Gender at Postclassic Yucatan,” and graduate in June. 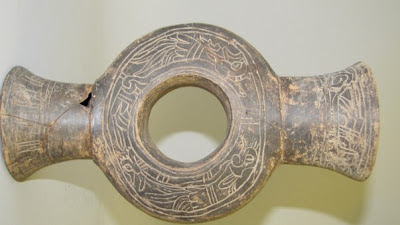 The AFA described her reinterpretation of the archaeology and history of the Maya as “compelling.”
Patel, a native of Hawaii who grew up in Echo Park, Calif., said she became interested in the role of Maya women while touring the Yucatan Peninsula.

“Maya culture has been described by scholars as male-dominated. But I found many towns named for women, and female deities on the east coast of the Yucatan Peninsula,” she explained. “I started asking how women came to be removed from religious institutions and activities, and from the history of the region.”