Children playing with matches has led to a fire gutting one of Slovakia’s most important medieval castles on Saturday. Krasna Horka, which was built in the 14th century, has suffered extensive damage, with the castle’s roof, the exposition in the Gothic palace and the bell tower were completely destroyed. The heat from the flames even melted down three bells from the bell tower. 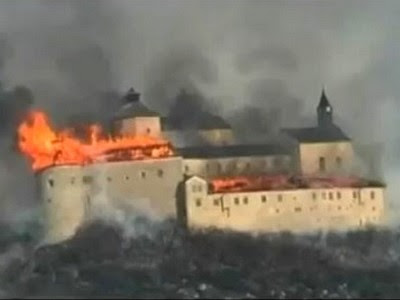 Although there were fears that much of the castle’s collection of artefacts were also destroyed in the fire, it seems that only the upper parts of the castle were damaged in the fire. Daniel Lipšic, Slovakia’s Interior Minister, has announced that “the vast majority of exhibits remained undamaged.”

Click here to read the full article and see videos from Medievalists.net