Game of Thrones as History

For half a century, fantasy has essentially been a series of footnotes to Tolkien. Until George R.R. Martin, that is. Martin's epic A Song of Ice and Fire series -- now five novels and counting, with the first two dramatized by David Benioff on HBO as Game of Thrones -- ventures boldly outside the Tolkien box and has revitalized the entire genre in the process. Gone are hobbits, elves, orcs, non-human dwarves, ents, balrogs, and most magical items (although not all magic or magical creatures). Gone too are the Manichaean simplicities of a world in which most characters can be quickly identified as good or evil. Martin's saga has few one-dimensional heroes but many fully fleshed out people. 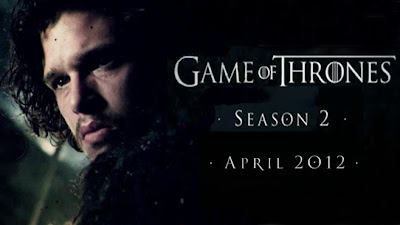 A Song of Ice and Fire is set in a world modeled after medieval England, and many claim that the series' genius and popularity stems from its accurate and sensitive portrayal of medieval life. Millions of readers and viewers have formed a passionate bond with Martin's creation, this argument runs, precisely because it is not simply made up but, rather, rooted in actual human experience. Martin himself has encouraged this line of thinking, claiming he reads "everything I can get my hands on" about medieval history and even including a bibliography on his Web site for those interested in his source materials. But is the argument correct? Just how realistic is A Song of Ice and Fire?

The short answer is "not very." Before hordes of angry fans launch their trebuchets in my direction, however, let me hasten to add that this is a good thing, not a bad one. As a historian of the period, I can assure you that the real Middle Ages were very boring -- and if Martin's epic were truly historically accurate, it would be very boring too. I'm glad Martin takes all the liberties he does, because I prefer my literature exciting. Medieval people did also, which is why their own most popular literary creations were nearly as fantastic as Martin's.

Click here to read this article from Foreign Affairs