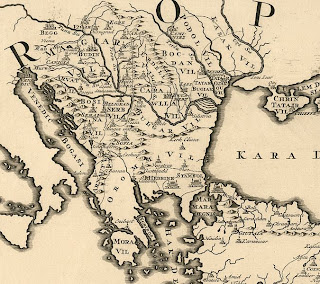 Archaeologists have unearthed an ancient marble paved Byzantine road during excavation work for a new metro in the northern Greek port city of Thessaloniki, the Culture Ministry said on Friday.

Dating from the third century BC, the marble paved road, known as the Via Egnatia, runs across much of modern day Thessaloniki at a depth of three meters.

Other finds range from hundreds of graves and tombs spanning an 800-year period from the fourth century BC, marble sarcophagi, stone tombs and more than 2,500 square meters of ancient buildings.

Many of the burial sites contained offerings, including 1,500 pieces of jewellry made of gold, silver and copper, Roman-era gold coins from Persia, clay vessels, glass perfume-holders and eight golden wreaths.

Click here to read this article from IOL Scitech