Seeking to Preserve the Past, but Stumbling on the Present

On land where Assyrian kings once reigned, an Iraqi farmer named Araf Khalaf surveyed the scrap of earth that has nurtured three generations of his family. It is little more than a mud hut and a scraggly vegetable patch, yet his land has become a battleground, one pitting efforts to preserve Iraq’s ancient treasures against the nation’s modern-day poor.

With violence ebbing, Iraqi and international archaeologists are again excavating and repairing the country’s historic sites. But they are running into a problem: thousands of Iraqis have taken up residence among the poorly guarded ruins of Mesopotamia, in illegally built homes and shops, greenhouses and garages. And they do not want to leave. 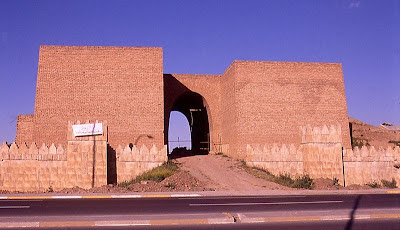 It is a familiar issue for other nations with troves of unrecovered antiquities, like Egypt. And to Iraqi authorities, the residents are nothing more than illegal squatters who need to be moved. Officials say they pose the latest threat to an archaeological patrimony that has been plundered by looters, pummeled by decades of war and disfigured by Saddam Hussein’s egotistical additions and renovations. They want to relocate the families and seal off the areas, much as Kurdish officials in northern Iraq did to clear away squatters from an ancient citadel overlooking the city of Erbil.