The Louvre Museum in Paris unveiled to the public today its latest exhibition: Holy Russia: Russian Art from the Beginnings to Peter the Great. The exhibition focuses on the history of Christian Russia, from the 9th to the 18th century.

The exhibition begins with the appearance of "Russians" in the historical record and the rivalries and power struggles between Latins, Vikings and Byzantines. There followed the early conversions in the Kievan Rus', culminating in the famed "baptism" of Vladimir the Great in 988. Rus' then became definitively Christian, borrowing its ecclesiastical model from Constantinople. Christian art flourished in Kiev, Chernigov, Novgorod, Pskov, Vladimir, Suzdal and elsewhere, wavering stylistically between Byzantium and the temptation of the Latin West.

After a hiatus during the 13th century with the invasion and subsequent domination of the region by the Mongols, Christian art returned in all its splendor in the major Russian centers, notable figures being the painters Theophanes, Rublev and Dionysius. This renaissance was accompanied by an unprecedented proliferation of monasteries and the gradual ascendancy of Moscow.

Among the medieval art works on display is a a jewel-laden, 12th-century procession cross, and bronze doors from the Cathedral of the Nativity in Suzdal, which were made in the 13th century by pouring mercury over etchings of tales from Jesus' life. Another highlight is a 14th-century painting on wood of Saints Boris and Gleb, shows two martyrs standing in identical poses, framed in rich, textured gold leaf. Their father, Prince Vladimir, formally converted Russia to Orthodox Christianity in the 10th century, and the two were killed by a half brother. 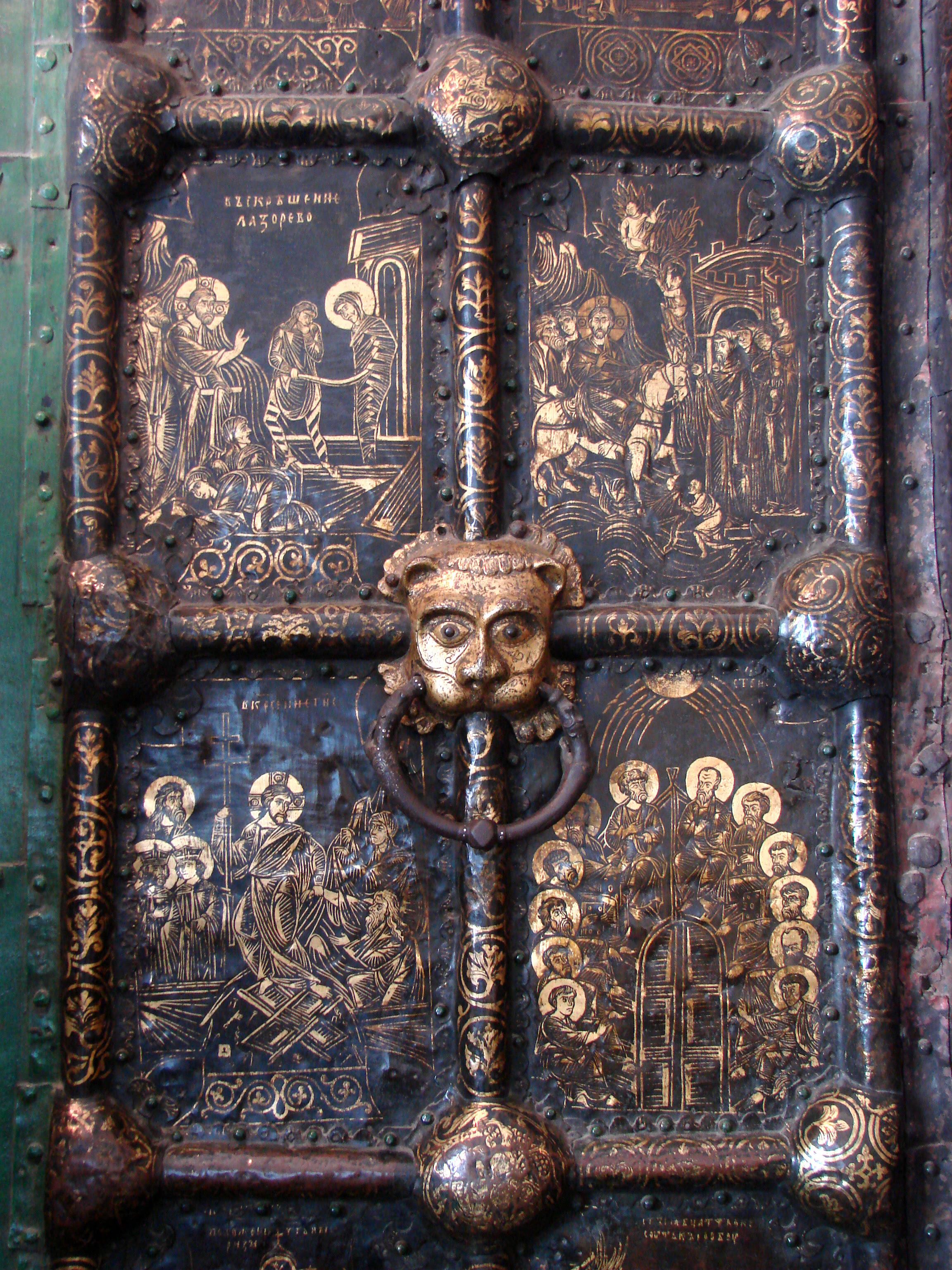 Curator Jannic Durand told reporters, "My hope, and the Louvre's hope, is that people coming to the exhibit and visiting it can catch the specificity of Orthodox Russian art. Because it's not Byzantine art, it's not Christian art, it's not oriental art, it's Russian art. This is the heart of the matter."

The art work comes from both Russia and other parts of Europe. Irina Lebedeva, director of Moscow's Tretyakov Museum and a key contributor to the Louvre exhibition, said "Such an exhibit has never happened before, in Russia or anywhere.". She added that bringing together pieces such as the doors, carefully transported from monasteries, churches and museums around Russia, "is a very expensive, very difficult project."

The presidents of Russia and France enjoyed a preview on Tuesday of the Louvre show. The exhibit is the centerpiece of a year of French-Russian cultural exchanges meant to highlight growing cooperation between the countries, from investments to military deals. France sent hundreds of works to a Picasso exhibit recently opened in Moscow, and both countries will exchange concerts, ballets and film showings throughout the year.

The Holy Russia exhibit runs through May 24.