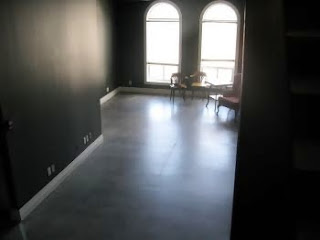 A used bookstore in Toronto is taking a page from medieval booksellers to create a new model for his industry. It is the daring idea of Jason Rovito, whose store, Of the Swallows, their Deeds and the Winter Below, will be opening next month as an experiment in providing a new way of selling books.

Rovito became interested in starting a used bookstore while working on his PhD dissertation on symbolic spaces within urban places, and noticed how important booksellers were in the Middle Ages. He said in an interview with Medievalists.net that he was "looking back to the origins of bookshops  and how they were integral to schools and monasteries. Books were not commodities but cultural symbols due to their scarcity."

Rovito wants to recreate this experience with his bookstore by creating a space that sells more than just books - it will serve as a a space to circulate ideas and provide an opportunity for conversation and learning.

He is carefully preparing his store by giving it a sense of exclusivity and making it a destination for Toronto's cultural community. Located on the second and third floors of a Victorian building in downtown Toronto, the final look of store will include Persian rugs and tables to facilitate talks and meetings.

The store is already hosting workshops from the Toronto New School of Writing and plans to base an online journal in this location. He also hopes the store will host classes and readings, what Mr. Rovito says is "part of the larger ecology of reading."

The store opens during a period when booksellers are having a difficult time keeping their smaller stores open in the face of competition from online alternatives and large big-box stores. But Rovito hopes that he worked out an economic model which will allow him to succeed, and will be able to tap into an urban community's "desire for there to be something" that preserves its culture and connection with books.

The bookstore is located on the outskirts of the University of Toronto, and Rovito believes he will able to develop connections and networks within the university community. The store will only be keeping between 3000 and 4000 volumes on it shelves, which will "keep the stock dynamic", and will be arranged in an interdisciplinary fashion that also hearkens back to how medieval universities taught their students.

Of the Swallows, their Deeds and the Winter Below officially opens on April 2nd. Click here to go to its website.