New "Camelot" TV series to be made 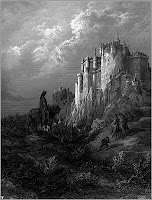 Television viewers who can't miss the latest episde of The Tudors or other historically-based fair will soon have a new program to watch - Camelot, which will be based on Thomas Malory’s 15th century book, Le Morte d’Arthur

Starz Entertainment and GK Films will be producing the 10-episode series, which will debut in the first half of 2011. They describe Camelot as a modern telling of the Arthur legends that is relatable to contemporary audiences.

“The story of Arthur isn’t history, it’s mythology, and Camelot isn’t a place but an idea of hope that has resonated intensely at different times throughout history,” Starz, LLC, President and CEO Chris Albrecht said. “The creative team has envisioned a highly entertaining and distinctly original TV program that fits in perfectly with our lineup, coming on the heels of our successful original series Spartacus: Blood and Sand and the returning comedy Party Down, along with our recent acquisition of the event series based on Ken Follett’s The Pillars of the Earth. ”

Academy Award winning producer Graham King, who is one of Executive Producers for the series, added, “The legend of King Arthur is a fascinating story that we couldn’t be more excited to have as our first television project.”

Casting for the series is now underway, with filming set to start in June. The series will be shot in Ireland, with post-production to be done in Canada.

Starz started airing its other historical series - Spartacus: Blood and Sand - earlier this year. It has been criticized for by television advocacy groups for its violence and adult content.

Click here to see our page about Spartacus: Blood and Sand (History of the Ancient World site)