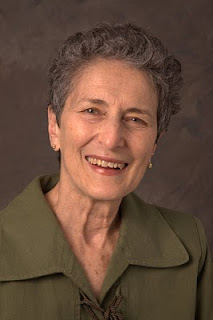 Natalie Zemon Davis, a renowned scholar of late medieval and early modern history, has won the prestigious Holberg International Memorial Prize, worth $785,000 US, for outstanding scholarly work in the arts and humanities, social sciences, law or theology.

The award will be given to Davis, a Professor of History at the University of Toronto, on June 9th in Norway.

The Holberg Prize Academic Committee said in a statement: “Natalie Zemon Davis is one of the most creative historians writing today, an intellectual who is not hostage to any particular school of thought or politics. Her writing is richly textured, multi-faceted and meticulously documented. She shows how particular events can be narrated and analyzed so as to reveal deeper historical tendencies and underlying patterns of thought and action. Her work brings gender to the fore, while insisting that the relationship between men and women is always embedded in the cultural discourses and social organizations specific to their time.

“Davis’ imaginative approach to history, coupled with intensive archival research, makes the past come alive; her fundamental method is to pursue a dialogue between the past and the present. The uniqueness of her work lies in connecting early modern Europe with new areas of comparative history, exploring cultural, geographical and religious interchange.”

, Fiction in the Archives: Pardon Tales and Their Tellers in Sixteenth-Century France

and Trickster Travels: A Sixteenth-Century Muslim Between Worlds

"This is simply outstanding news for the University of Toronto and such a fitting tribute to the stature of our humanities scholars in the international community," said Professor Peter Lewis, acting vice-president (research).

The Holberg Prize, which was established by the Norwegian Parliament in 2003, is awarded annually by the Board of the Ludvig Holberg Memorial Fund. Both prizes are for scholarly work in the academic fields of the arts and humanities, social sciences, law and theology.

Please also see our earlier article: Natalie Zemon Davis discusses the challenges of being a Historian