Google to digitize a million books from Italy

Google and the Italian Ministry of Cultural Heritage today announced a partnership to scan up to a million out-of-copyright Italian books from the National Libraries at Rome and Florence, making them available to readers around the world. 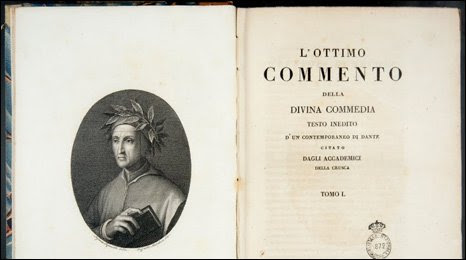 For the first time, some of the unique collections from these libraries will become easily accessible in a digital format to anyone with an Internet connection. This is also the first collaboration between Google Books and a government’s ministry of culture, a partnership that Google hopes will result in the preservation and dissemination of important works of Italian culture.

A walk through the stacks of these libraries is a journey through some of the greatest book collections of Italian intellectuals, authors, scientists, and thinkers. Once the books have been digitized, readers from Genoa to Nairobi will be able to consult online the works of Machiavelli, Dante, Petrarca, Leopardi and Manzoni.

In addition, Google will provide the libraries with digital copies of these books, allowing them to distribute them to readers on other platforms, including other European projects such as Europeana.

Sandro Bondi, Italy's Minister for Cultural Heritage, said "The agreement carries a strong political message. It is the first one with a government that allows a Web leader access a national library collections. Italy is positioning itself at the forefront of digitisation, believing that the Internet can enrich and spread cultural heritage. In order to achieve this goal, we have chosen to work with a technology leader. We hope that this agreement represents just a point of departure, and that soon many other books may be available on the Internet. This agreement will help Italian institutions spread Italian culture throughout the world and bring the new generation of Italians living abroad closer to their heritage."

Nikesh Arora, President Global Sales Operations and Business Development for Google, added, "We are proud to be a part of this project to bring the rich collection of these Italian libraries to the world. This project will enrich and preserve an important part of the world's cultural heritage by making a wealth of Italian literature more readily accessible to people around the globe. We believe it sets a precedent for other potential projects around Europe."

The Italian libraries already have begun preparing to bring their collections online. Digital catalogues of some 285,000 book titles and publication information from the national libraries already have been created. Over the next two years, the libraries themselves will complete this cataloging. Google will cover the costs of scanning all these works and will set up a scanning centre in Italy.

Among other rare and important works, the National Library of Florence will make available:


The National Library of Roma will digitize, among other works:


The Italian collections will enrich Google Books' multi-lingual collection, and make Italian language works , available to people around the world. It will benefit Italian speakers the world over, and anyone interested in Italian culture.

Mario Resca, Executive Director for Management and Promotion of Cultural Heritage in Italy, explained, "I would describe his agreement with Google as historic. It combines three objectives: first to digitize and disseminate the enormous Italian book treasures; second, to preserve this heritage from the weather and wear of time. We all remember the 1966 flood in Florence. If this would happen again, we might lose the paper copies of the books, but not their contents. Third, by spreading this heritage for free on the Internet, we promote awareness throughout the world of our culture and making it accessible to everyone. By working with Google, we will make our books the equivalent of a business card presenting Italian culture. This will encourage many to deepen their understanding of Italian culture by visiting our country."