Pictish symbols revealed to be a written language 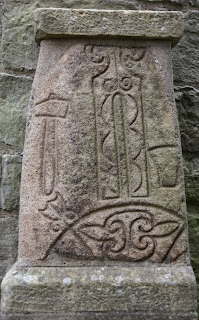 A new study has discovered that Picts, a people living in Scotland during the Early Middle Ages, did have a written language made from the symbols they inscribed in stone. A British team has been able to partially decipher these symbols using used a mathematical process known as Shannon entropy which allowed them to spot the distinctive patterns characteristic of written language in the symbol stones.

"Pictish symbols revealed as a written language through application of Shannon entropy," by Rob Lee, Philip Jonathan and Pauline Ziman, has been published in Proceedings of the Royal Society: A. The authors note that "over the last century, a wide variety of ‘meanings’ for the symbols have been proposed, from pagan religious imagery to heraldic arms, but it is only recently that the question as to whether they might be a written language has been asked."

By using mathematics and statistical analysis, the team was able to determine that that it is a written language and that the symbols probably represent particular words. The authors note that the next step in the process of understanding Pictish writing will be to catalogue all the remaining stones and symbols, of which at least 250 exist.

Rob Lee also told Discovery News that the many of the symbols appear to depict things like dogs, horses, trumpets, mirrors, combs, stags, weapons, crosses and Celtic knots. "It is unclear at the moment whether the imagery, such as the knots, form any part of the communication," Lee said. 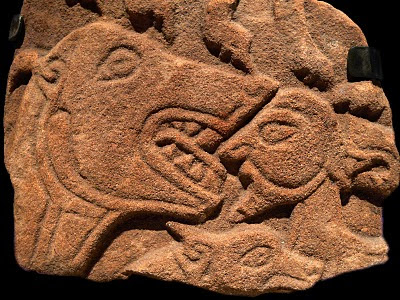 The article also notes that by "demonstrating that the Pictish symbols are writing, with the symbols probably corresponding to words, opens a unique line of further research for historians and linguists investigating the Picts and how they viewed themselves."

The Picts were a confederation of Celtic tribes living in what was later to become eastern and northern Scotland from before the Roman conquest of Britain until the 10th century, when they merged with the Gaelic kingdom of Dál Riata to form the Kingdom of Alba (Scotland). By the 11th century the Pictish identity had merged with these other groups to form the Scottish people. Medieval historians have been researching the Picts in recent years, with many focusing on the stones and symbols they left behind.

Moreover, the Royal Society explains that by using this mathematical method, it "opens up the possibility that other ancient inscriptions could be similarly analysed, paving the way to vastly improved interpretation of many ancient languages that were previously thought undecipherable. Furthermore, the authors point out that similar techniques could be used to analyse animal noises, leading to the possibility of an enhanced understanding of animal communication."