The infamous murder which ultimately led to the foundation of the University of Cambridge in 1209 has been re-imagined by crime fiction author Susanna Gregory in a brand-new short story for World Book Day (Thursday, March 4th).

In December 1209, as reported by the contemporary scholar Roger of Wendover, "a certain clerk at Oxford, absent from his studies, killed a woman by chance, and fled when he realised that she was dead".

The murder, mixed with growing resentment towards the scholars from the townsfolk, triggered a wave of violent vigilante justice and three of the murderer's fellow students were subsequently hanged. More terrified scholars fled the city, and many eventually settled in the fenland market town of Cambridge.

Little more is known about the crime, or Cambridge's inauspicious beginnings, but using what few sources remain, Gregory, who is best known for her Matthew Bartholemew series of medieval crime stories, has created her own interpretation of how those dark events might have played out. The result, entitled "Bloody Beginnings", can be downloaded from www.admin.cam.ac.uk/news/special/downloads/bloody-beginnings.pdf. 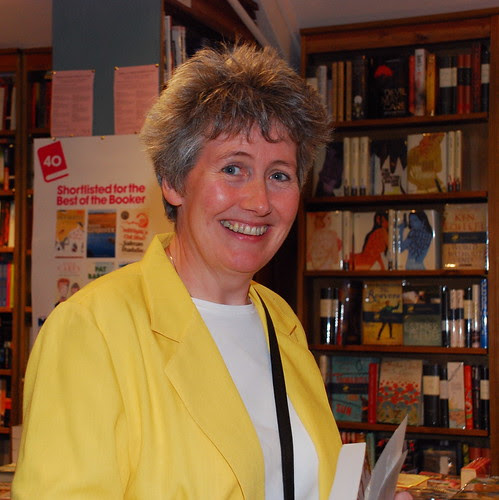 She wrote the story with her husband, Simon Beaufort, and was particularly attracted to the uncertainty which surrounds the episode. "This is what made it fun to write about," she said. "If the story had been well known, we couldn't have written a murder mystery around it!"

Opening with the brutal murder, the story then follows a group of scholars as they escape Oxford and start a new university in Cambridge, all the while trying to uncover who amongst them is the killer. The hunt is led by Geoffrey Gryme, whose brother Adam had been one of the innocents hanged in Oxford.

All the characters in the story were based upon real people of the time, many of whom would have fled Oxford and made the precarious journey eastwards in the winter of 1209. Gregory's research uncovered the names of scholars through the witnessing of charters at the time, but not much more. 'They were probably all perfectly decent men' said Gregory, 'but we have taken liberties and made some of them less than pleasant. We hope they will forgive us!'

In writing the story, she also had to deal with some conflicting accounts. "The victim may or may not have been a prostitute and some sources say she was shot with an arrow," Gregory added. "Bearing in mind that murder was probably a lot more common then than it is now, it seems reasonable to suppose it all happened on the spur of a moment - a tryst in a tavern, followed by a spat that ended in violence."

"Drink may have been involved… It was a sorry, sordid little incident that had consequences the culprit almost certainly did not foresee. But Oxford was an uneasy place at this particular time anyway, so perhaps the resulting exodus was inevitable. In other words, if the scholar had not murdered the woman, would the crime have been invented?"

Susanna Gregory, the pen name of a former Cambridge academic, has become well-known for her series featuring Matthew Bartholemew, a teacher of medicine and an investigator of murders in 14th-century Cambridge. She is currently busy writing the 16th instalment in the series, due for publication in the summer.