Medieval writings and what they can reveal about our heritage 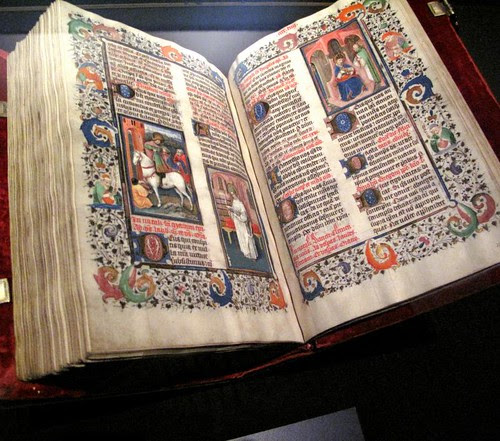 Medieval manuscripts. What can they teach us, in the 21st century, about the lives, loves, beliefs, language and culture of the people who compiled and wrote them and those who read them? Who were the people who wanted to read these texts, why did they want them to be written down and how were the books passed around?

Following the major international success of the first ‘Writing England’ Conference two years ago, the University of Leicester School of English is about to hold a second conference in the series which will take a wider view of book cultures in the Middle Ages and the ideas and research interests they have inspired.

Leicester is at the international forefront in this field of study, with a range of Medieval research strengths across a number of related disciplines within the University. The School of English hosts The English Manuscript Project, an Arts and Humanities Research Council (AHRC) Project which examines all manuscripts containing English and written in England between 1060 and 1220.

“Our first conference was a great success because we got together people who researched in the twelfth century from historical as well as literary studies,” said Dr Orietta Da Rold, who is organising the 2010 ‘Writing England’ conference.

“This time we aim to expand the chronological scope of the conference, to give scholars in the early Medieval as well as the later period an opportunity to exchange ideas in an interdisciplinary way.”

Among the plenary speakers is Professor Elaine Treharne, who will speak on: “The sensual book and its readers, 1000-1400. Keep your wits about you’. Now at Florida State University, Professor Treharne was formerly Head of the School of English at Leicester, and instrumental to the setting up of the first ‘Writing England Conference’.

Other speakers will be attending the conference from across the UK, the United States and Europe, and areas to be covered will include law in the middle ages, history, language and the vernacular, the production of books, technical materials and a glance into the future of studies into early English books.

There is widespread popular fascination with the Medieval period, from a love of Tolkien to Bernard Cornwell, Terry Jones’ television romp through the Medieval period, the televised Canterbury Tales, the writings of T S Eliot, W H Auden and Ezra Pound, and various Hollywood re-workings of the legends of King Arthur, Beowulf and the Crusades.

Dr Da Rold commented: “Through literature we understand the people who lived in a distant period of history. Look at any movie, any contemporary book, and you will see something there that relates to our own times. The very fact that we can tell people about ourselves through our literature is part of our heritage.

“So much modern literature is influenced by medieval literature. People continually go back to that period because they are fascinated with our past. It captures their imagination. I see this with students of English at Leicester. They all take Medieval Studies and it is really popular, even with those students who do not want
to specialise in this field.”

‘Writing England 2010’ has received financial support from the University of Leicester, the University’s School of English, AMARC (The Association for Manuscripts and Archives in Research Collections) and Brepols.

More details on the ‘Writing England 2010’ conference can be found on the website: http://www2.le.ac.uk/departments/english/writing-england.