The Magna Carta: an old piece of parchment that made England a nation – let's celebrate it 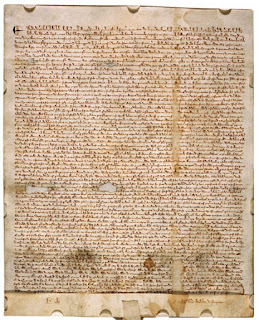 As a nation we take these things for granted. On a recent trip to Lincoln, ostensibly to visit the magnificent medieval cathedral, I found myself alone in a room in the nearby castle where one of only four original copies of the 1215 Magna Carta is kept. There was no queue to get in, no crush of people jostling for a view.

Yet in 1939, when this very document was put on show for just six months in the British Pavilion at the World Fair in New York, an estimated 14 million people went to see it. When war broke out, it stayed in America, locked away in Fort Knox for safe-keeping.

It was no coincidence that on a recent trip to America, David Cameron was asked while on a talk show to translate the words Magna Carta into English (he failed). Such documents are important to Americans. A trip to the National Archives Building in Washington DC to look at the Declaration of Independence and the Bill of Rights is an essential pilgrimage for any visitor to the capital. Over the years, hundreds of thousands of school children have filed past them.

Why don’t we do the same here?

Click here to read the full article from The Daily Telegraph