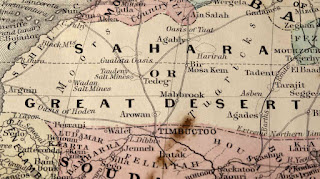 The majority of Timbuktu's ancient manuscripts appear to be safe and unharmed after the Saharan city's 10-month occupation by Islamist rebel fighters, experts said on Wednesday, rejecting some media reports of their widespread destruction.

Denying accounts that told of tens of thousands of priceless papers being burned or stolen by the fleeing rebels, they said the bulk of the Timbuktu texts had been safely hidden well before the city's liberation by French forces on Sunday.

Brittle, written in ornate calligraphy, and ranging from scholarly treatises to old commercial invoices, the Timbuktu texts represent a compendium of human knowledge on everything from law, sciences and medicine to history and politics. Some experts compare them in importance to the Dead Sea Scrolls.

News that they were mostly safe, from people directly involved with conservation of the texts, was a relief to the world's cultural community, which had been dismayed by the prospect of a large-scale loss.