An ‘extremely rare’ medieval silver gilt seal matrix discovered in a field near East Keal by a man using a metal detector has sold for £1,900 at auction.

The 14th century love or loyalty seal, believed to have been dropped by a nobleman of the day, was bought by a collector from the south of England who was bidding over the telephone during the sale at auctioneers Golding Young & Mawer last month. 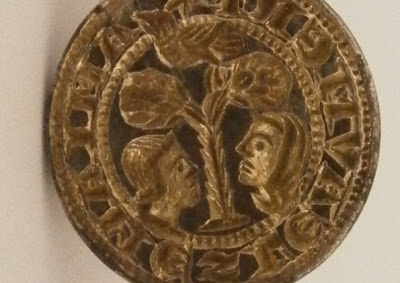 Auctioneer John Leatt said: “This seal was discovered in a field in the last two years and was extremely rare.

“We were aware of very few seals of this age that had come onto the market and certainly none that had been in as good condition or quality.

“Before the sale, we had lots of interest from private collectors which was reflected in price achieved on sale day. This seal certainly made a higher price than similar seals offered for sale on the open market.”


Click here to read this article from Skegness Standard