'Capitoline Wolf' could be 1,700 years younger

A study has shown that the “Capitoline Wolf,” a bronze statue representing Ancient Rome's most famous symbol, was probably sculpted during the Middle Ages, some 17 centuries later than what has long been thought, media reports said Saturday.

Researchers at the University of Salento, who carried out radiocarbon and thermoluminescence tests, believe the statue dates from around the 12th century A.D. and not the 5th B.C., daily Corriere della Sera said. 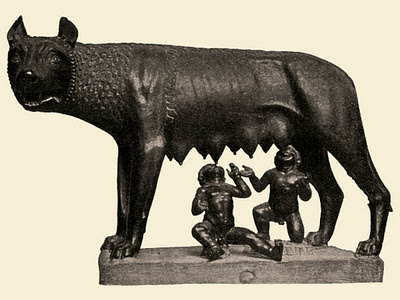 The statue, which is kept at Rome's Capitoline Musuems, depicts a she-wolf suckling human twins. The pair represent Romulus and Remus, brothers who, according to legend, founded Rome in 753 BC.

Most experts believe the twins were added in the late 15th century A.D., probably by the sculptor Antonio Pollaiolo.