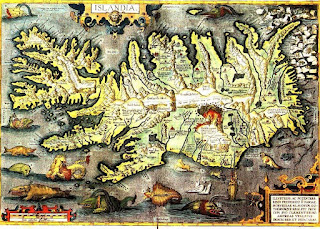 MP for the Independence Party Árni Johnsen arranged for the relocation of a 30-ton boulder, which he believes is home to three generations of elves, from Sandskeið on Hellisheiði in southwest Iceland to his home Höfðaból in the Westman Islands today.

Árni first encountered the elves’ dwelling when he was in a serious car accident in January 2010. His car overturned and landed beside the boulder 40 meters away from the highway, Morgunblaðið reports. His SUV was damaged beyond repair but Árni escaped the accident unharmed.

He considered whether the boulder might be a dwelling for hidden people and had it saved from landing underneath the south Iceland Ring Road when the highway was widened.

The Icelandic belief in elves goes back well over 1,000 years. Elves (álfar) are referenced many times in the Poetic Edda, but there is a tantalizing lack of descriptive information about these mysterious beings. Medieval sources record the practice known as álfablót ("sacrifice to the elves"), but again there is little detail to be found.