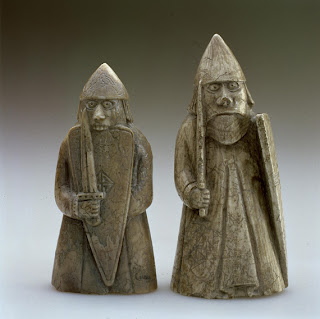 Six Lewis Chessmen are to be displayed long-term at a new museum on the Western Isles, where more than 90 of the historic pieces were found.

An agreement has been reached between Comhairle nan Eilean Siar (Western Isles Council) and the British Museum. The British Museum will loan the six pieces to the new museum at Lews Castle, in Stornoway, from 2014.

Figures from the Lewis Chessmen have only previously been displayed on the islands on a short-term basis. A five-month exhibition last year, called Lewis Chessmen: Unmasked, attracted more than 23,000 visitors.

Under the new arrangement, six pieces will go on show at the 19th Century Lews Castle following the completion of a major revamp of the building.