An 800-year-old shipwreck has been found by divers off the south coast of Sweden, prompting archaeologists to ponder the potential treasures inside.


Lars Einarsson, underwater archaeologist at the Kalmar County museum, was amazed at the results of the exploration of the ship found off the coast of Sturkö, near Karlskrona. “This is an extraordinary medieval wreck. We’ve found that the wood was cut down between 1250 and 1300,” he told The Local. 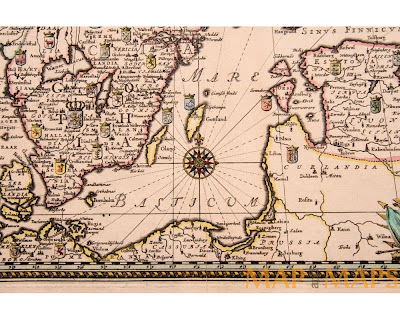 The long and narrow ship, measuring 14 by two metres, would have been sleek and fast, and most likely used for attacking and looting.

The ship is 1.8 metres underwater, and is still almost completely buried under the seafloor, which makes for “troublesome diving conditions” according to Einarsson. “When the divers recovered fragments for dating, they were literally ‘looking’ with their hands. The sediment is so easily disturbed that it makes it almost impossible to see what you’re doing. In some ways, it would be easier if the ship was ten times deeper.”


Click here to read this article from The Local