Archaeologists to excavate Alþingi site in Iceland this summer 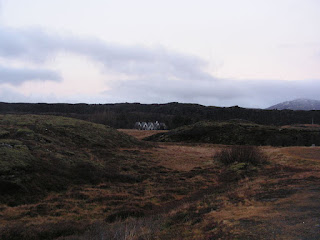 While the site of the parliament in Reykjavík is being excavated, archeologists will continue to search for remains at the site where Alþingi, the Icelandic parliament, was founded in 930 AD, Þingvellir National Park, this summer.

This time around, archeological remains will be searched for and registered at the periphery of the ancient site, as well as in the area between Hrafnabjargir and Ármannsfell, ruv.is reports. Þingvellir National Park extends over 230 square kilometers.

The influx of tourists has increased significantly in recent few years, putting strain on cultural remains. Therefore it is considered a priority to register the park’s archeological discoveries.

“We can see at least one smithy, if not two, but also coal pits and iron melt ovens,” said Vala Garðarsdóttir, who leads the excavation project in the Alþingi construction site on the corner of Tjarnargata and Kirkjustræti in central Reykjavík.

The site has been earmarked for enlargement of the parliamentary building but first archeologists were given time to excavate remains that might be found there. Excavation has taken place there in summers since 2008. This year the project kicked off on June 1 and will continue through mid-September, Fréttablaðið reports.