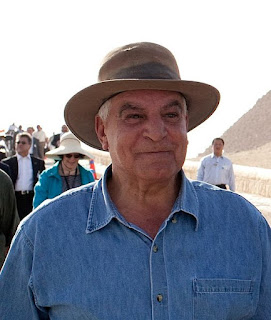 Zahi Hawass, the former minister of state for antiquities faces charges of breaking Egypt's antiquities law when he agreed to display rare Egyptian objects in Australia and the US.

Nour El-Din Abdul-Samad, Director of Archeological Sites, had filed the accusations against Hawass, and requested that the objects in question be returned to the Egyptian Museum.

Click here to read this article from Ahram Online