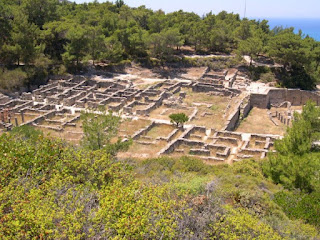 
“Greece's historic remains have become our curse,” whispered an archaeologist at a recent media event organized to protest spending cuts imposed on the country for the past two years as a condition for European Union and International Monetary Fund loans.

With Greece moving into a fifth year of recession, licensed archaeology digs are finding it ever harder to obtain public funds while antiquity smuggling is on the rise, archaeologists warned at the meeting.

“There are an increasing number of illegal digs near archaeological sites,” said Despina Koutsoumba, head of the association of Greek archaeologists.