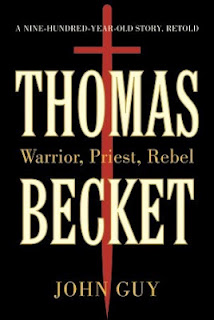 Few figures in medieval history are as famous as Thomas Becket, and fewer have been subject to such utterly differing interpretations. To pious Englishmen up to the Reformation, he was a miracle-working saint, whose blood (widely available in diluted form) could heal lepers, make the blind see, and raise babies from the dead. To Henry VIII, who closed down the shrine at Canterbury and had his bones burned, he was “a rebel and traitor to his prince”.

To TS Eliot, he was a strangely modern Catholic intellectual, fortified by moral and theological principles but ravaged by self-doubt. To Lewis Warren, author of the classic modern biography of Henry II (Becket’s great adversary), he was a “theological dinosaur” whose resistance to his sovereign was based on little more than “narrow clericalism”.

While the interpretations are many and conflicting, the basic facts about Becket’s life are not in doubt. Born in London in 1120, he was the son of a Norman immigrant who had become a well-to-do merchant; there was money in Becket’s background but not high social status, and his aristocratic enemies would always enjoy reminding him of his humble origins. But with education and talent he was able to rise quite rapidly, working in the household of the then Archbishop of Canterbury. This brought him to the attention of the young King Henry II, who made him his Chancellor; by the age of 34, Becket was helping to run the country.