For centuries, Timbuktu has existed in the Western imagination as a byword for the most exotic, far-flung place conceivable. Situated on the southern edge of the Sahara, it acquired a near-mythical status in distant countries for its fabled inaccessibility, and for the accounts of the dazzling material and intellectual wealth to be found there. 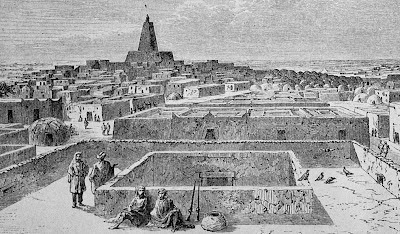 Intrigued visitors continue to be drawn by the treasures that survive from the city's medieval golden age as an important academic, religious and mercantile center -- its great earthen mosques, and hundreds of thousands of scholarly manuscripts held in public and private collections.

The city, today part of present-day Mali and known as the "city of 333 saints" for the Sufi imams, sheiks and scholars buried there, was made a UNESCO World Heritage site in 1988.

But there are fears this carefully preserved legacy could be under threat from groups of armed rebels who have overrun the ancient city this month, in the vacuum left by retreating Malian government forces.