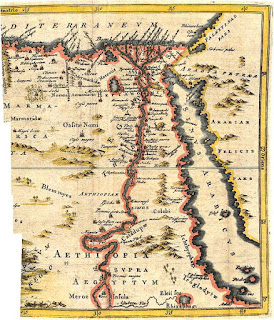 Around 2,900 years ago, an ancient Egyptian man, likely in his 20s, passed away after suffering from a rare, cancer-like disease that may also have left him with a type of diabetes.

When he died he was mummified, following the procedure of the time. The embalmers removed his brain (through the nose it appears), poured resin-like fluid into his head and pelvis, took out some of his organs and inserted four linen “packets” into his body. At some point the mummy was transferred to the 2,300 year-old sarcophagus of a woman named Kareset, an artifact that is now in the Archaeological Museum in Zagreb, Croatia.


The mummy transfer may have been the work of 19th-century antiquity traders keen on selling Kareset's coffin but wanting to have a mummy inside to raise the price.

Until now, scientists had assumed a female mummy was inside the Egyptian coffin. The new research reveals not only that the body does not belong to Kareset, but the male mummy inside was sick. His body showed telltale signs that he suffered from Hand-Schuller-Christian disease, an enigmatic condition in which Langerhans cells, a type of immune cell found in the skin, multiply rapidly.