The wonders of the ancient city of Rome will be re-created as a gigantic theme park a few kilometres from the original monuments, if Gianni Alemanno, the mayor, has his way.

The grandiose project is being nicknamed the Disneyland of Ancient Rome or Romaland. Those backing the project envisage millions of tourists having the chance to stroll through the ancient forum, race chariots around the Circus Maximus, climb down into the catacombs or loll in the Baths of Caracalla. 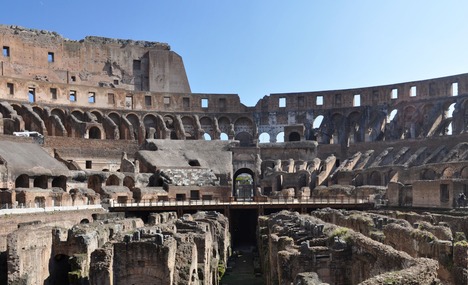 Visitors will get to watch gladiator fights and battle re-enactments in the Colosseum, although officials say it is unlikely that a full-size version will be built. "The idea is to give the visitor a sense of what the ancient life of Rome was. That's the target," Antonio Gazzellone, Rome's leading tourist official, said.

The plans call for a 240-hectare site on the outskirts of Rome with five hotels, all of which will generate 9,000 jobs. The designers say that an estimated five million foreigners and three million Italians will visit the park every year.