Watched by residents of the old quarter of Tunis, a court official stepped forward and unlocked the huge wooden doors. From the gloom within, volunteers began to bring out stools and chairs that had gathered dust and cobwebs for half a century. 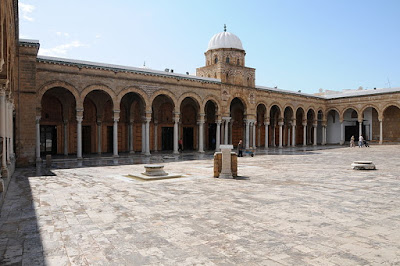 The school at Tunisia's 8th-century Zaitouna Mosque, one of the world's leading centers of Islamic learning, was closed by independence leader and secularist strongman Habib Bourguiba in 1964 as part of an effort to curb the influence of religion. Its ancient university was merged with the state's Tunis University.

The college reopened its ancient doors to students on Monday, part of a drive by religious scholars and activists to revive Zaitouna's moderate brand of Islam, which once dominated North Africa, and counter the spread of more radical views.