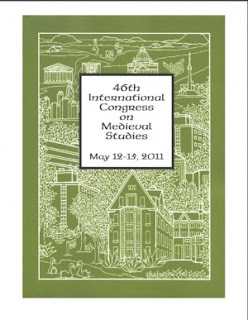 Western Michigan University will stage its 47th International Congress on Medieval Studies, the largest, most comprehensive academic conference of its kind in the world, Thursday through Sunday, May 10-13. Worldwide, the congress annually attracts some 3,000 medievalists--professional academics, students and enthusiasts interested in the Middle Ages.

This year marks the 50th anniversary of the event, which began as a biennial gathering in 1962 and grew to become an annual event in 1970. Now named the International Congress on Medieval Studies, it is sponsored by WMU's Medieval Institute and held primarily in venues on the University's main campus in Kalamazoo.

The Medieval Institute, also founded 50 years ago, ranks among the top 10 North American institutes, centers and programs that focus on medieval studies. Established for instruction and research in the history and culture of the Middle Ages, its pioneering function was to introduce the first Master of Arts in Medieval Studies offered at a state-supported university in the United States.

A half century later, WMU remains one of the few public colleges and universities in the nation with an interdisciplinary graduate program in medieval studies, with the Medieval Institute having earned a global reputation for its academic programs, medieval congress, notable research activities and longstanding scholarly publications program.