Many scholars rank the invention of eyeglasses among the most important contributions to humankind in the last 2,000 years. Yet, the inventor of this now thoroughly quotidian piece of technology remains anonymous. Indeed the inventor (or inventors) will almost certainly never be known, given the numerous conflicting claims, lack of specificity, and scarcity of surviving documentation. 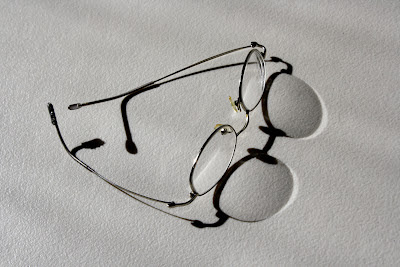 What scholars do know about the history of eyeglasses is that they were probably invented at the end of the thirteenth century by a craftsman living near Pisa. The evidence originates from a passage by Friar Giordano da Pisa who recounts having met the anonymous craftsman in 1286. A friend of Giordano named Friar Allesandro della Spina learned how to make them shortly thereafter and shared the secret with the public. A number of other possible inventors of eyeglasses have been posited over the centuries, all of which have finally been proven spurious in recent scholarship.

During the early period of the production of eyeglasses, they were referred to as vitreos ab oculis ad legendum (eyeglasses for eyes for reading) and oglarios de vitro (spectacles with glass lenses). Eventually these rather clunky terms were shortened to occhiali and ocularia. Either way, the evidence indicates that spectacles were probably invented in Italy at the end of the thirteenth century, and by the early fourteenth century, they were being produced and sold in Venice.

Click here to read this article from the Harry Ransom Center, University of Texas at Austin