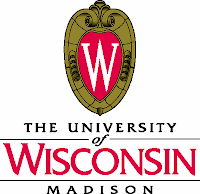 The University of Wisconsin-Madison will host an international symposium to celebrate two of the greatest works of Spanish literature: the 14th-century "Book of Good Love" and the late 15th-century "Celestina."

The conference will be a triple celebration: first, a commemoration of the two Spanish literary masterpieces and the scholarship of María Rosa Lida de Malkiel, one of the greatest 20th-century scholars in the field of medieval Hispanic studies, who wrote some of her most important critical work on the two texts.

Second, it will recognize UW-Madison's distinguished scholarly tradition in Hispano-medievalism, celebrating the important publications of its faculty and staff and illustrious alums. Finally, it will be a celebration of the dramatic tradition of "Celestina" on the Madison campus in three productions from the 1950s and 1970s, all directed by emeritus professor Roberto G. Sánchez.

The symposium will bring together some of the most world-renown experts in the field, including several Madison graduatess, from the United Kingdom, Spain, Canada, and across the United States; members of María Rosa Lida de Malkiel's family; and UW-Madison students and faculty.

Events will include roundtable discussions, dramatic readings of the "Book of Good Love" and "Celestina" presented in English translation by UW-Madison students, and an array of conference papers and lectures. All events will be free and open to the public and will take place at several venues on campus, including the Memorial Library, the Pyle Center and Van Hise Hall.

Click here to see more details about the Symposium