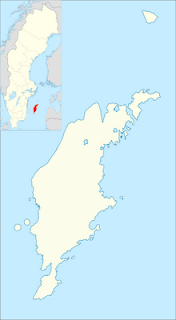 A bronze, Viking-era "piggy-bank" containing thousands silver coins dating from the 11th century has been unearthed on the Baltic island of Gotland in what Swedish archaeologists have described as a "fantastic" treasure find.


The silver treasure was found last Thursday during an archaeological examination of a field in Rone, on southern Gotland.

"We had an expert out there with a metal detector who got a signal that he's found something pretty big," Per Widerström, an archaeologist with the Gotland Museum, told The Local.

The same field has yielded previous treasure finds, including a well-known discovery from the 1880s, when a collection of nearly 6,000 coins dating from the 11th century were uncovered.

Click here to read this article from The Local