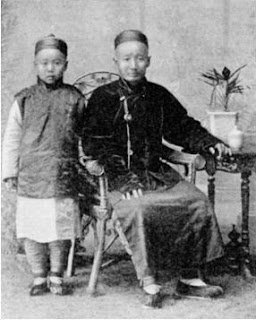 It should therefore come as no surprise that Chinese and Persian Jewish scholars, Fook-Kong Wong and Dalia Yasharpour, have just jointly published a well-annotated reproduction of the Passover Haggadah of that now defunct Jewish community of indigenous Jews in Western China who once lived and prospered in the city of Kaifeng. As the community most probably came from Persia before establishing itself there more than a thousand years ago, the Haggadah and its commentary makes use of Hebrew, Aramaic and the Judeo-Persian language.

The rise of the Islamic empire in the 8th century AD and the subsequent urbanization of the Jews of Islam created of this once agricultural people a religious minority that was spread across both the Islamic and Christian worlds during late antiquity and the early middle ages. Medieval Arab geographers of the time describe one group of Jewish traders called the Radanites, who were said to have trading networks that included both France and China at either end.