Millennia before modern-day Americans made fun of their politicians or cracked crude jokes over a cold one, people in ancient Mesopotamia were doing much the same thing.

The evidence of sex, politics and beer-drinking comes from a newly translated tablet, dating back more than 3,500 years, which reveals a series of riddles. 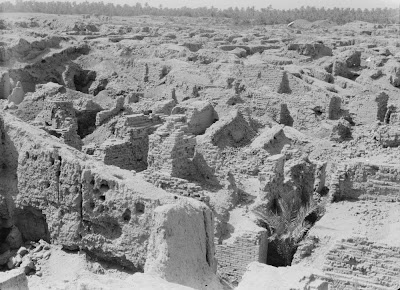 The text is fragmentary in parts and appears to have been written by an inexperienced hand, possibly a student. The researchers aren't sure where the tablet originates, though they suspect its scribe lived in the southern part of Mesopotamia, near the Persian Gulf.

The translation, by Nathan Wasserman, a professor at the Hebrew University of Jerusalem's Institute of Archaeology, and Michael Streck, a professor with the Altorientalisches Institut at Universität Leipzig, is detailed in the most recent edition of the journal Iraq.