Celebrating the real Joan of Arc 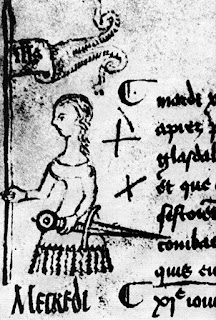 On January 6, people around the world will come together to celebrate the 600th anniversary of the birth of St. Joan of Arc, the brave peasant girl from the French countryside who in 1429 lifted the English siege of Orleans, walloped the enemy army and led her king to be crowned at Reims. French President Nicolas Sarkozy plans a special visit to the village of Domremy, her birthplace. There will be a parade at 6 o'clock in New Orleans, a French pilgrimage retracing the route that led to Joan's martyrdom at the stake in Rouen, prestigious classical music concerts and ceremonial viewings of Carl Theodor Dryer's silent-screen masterpiece, "The Passion of Joan of Arc."

And how typical of the magic of Joan's story that she should have been born on so important a Christian holiday, the Feast of the Epiphany, celebrating Christ's baptism and the coming of the Magi. Just another wonder in the life of the transcendent young woman who heard the voices of angels and presented the dauphin of France with a secret sign that only he would know, a sign that convinced him of her authenticity as a messenger from God.

Except that, like so much of the irresistible mystery surrounding Joan, this date, accepted by so many for so long as fact, was almost certainly created six centuries ago as a deliberate fiction for political purposes.

Click here to read this article from the Kansas City Star