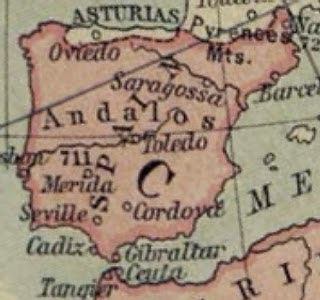 The great medieval Jewish poets of Spain are part and parcel of our Jewish heritage; names like Dunash ibn Labrat, Solomon ibn Gabirol, Moses ibn Ezra, Samuel Hanagid and Yehuda Halevi immediately come to mind. However, it comes as no surprise that all of them were men.

What is surprising is that during this period, there were numerous Muslim women whose poetry has been preserved. Although Muslims refer to the Jews as ahl al-kitab or “people of the book,” Muslim women seem to have been more successful in creating lasting poetic works.

It is rather difficult to account for this discrepancy, for it seems odd to imagine that Muslim women in medieval Spain were far more educated than their Jewish counterparts. Arabic became the lingua franca following the Muslim conquest of the country in 711. When Jewish poets began to compose in Arabic and later in Hebrew, were the women entirely excluded? There are very few extant poems written by Jewish women dating to this period. Although only a fraction of all poems from that time have survived, this does not mean more were not written. The poems that are available are of a high quality, but the problem of quantity cannot be ignored.