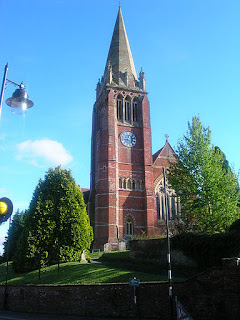 An archaeological dig at a Hampshire church has revealed clues about religious activity in medieval times.

The dig at St Michael and All Angels in Lyndhurst unearthed rare physical evidence of a 12th Century settlement in the town.

The investigation also dismissed a long-held local belief that the distinctive mound on which the church stands was man-made.

Nearly a quarter of the finds at the church have been described as medieval.

The excavation of the mound was carried out to allow a new driveway to be built to the church. It involved the removal of a 5ft (1.5m) deep and 16ft (5m) wide section of earth.