What Medieval Times Teach Us About Respecting the Dead 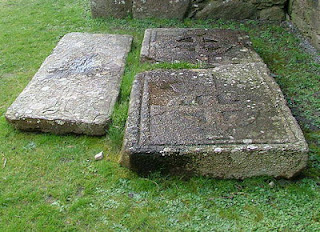 The viral video of a group of U.S. Marines urinating on dead bodies in Afghanistan is getting called a lot of names: "horrifying," "barbaric," "medieval."

People who study the Middle Ages tend to get a little bristly when what we study is used as a synonym for everything horrible and backwards. In this case, though, what the Marines are allegedly doing in the video does remind me of the strange events of 1428 when church officials dug up the body of English reformer John Wycliff, who, among other things, suggested that the Bible should be translated from Latin into languages that ordinary people could read. Forty-four years after his death, his beliefs were at the center of England's home-grown heresy, Lollardy, and the folks in power responded by disinterring Wycliff and burning his body. His ashes, like Joan of Arc's would be a few years later, were thrown in a river so that no one would be able to give the remains a proper burial.

2011 was a banner year for those of us who make a living studying the dead. The Apple Store in downtown Palo Alto became an impromptu shrine after Steve Jobs' death, covered with notes and personal messages to the tech giant. His funeral was a grand affair that shut down large parts of Stanford's campus.

I study rituals of death and dying, so I avidly followed descriptions of the funeral and Jobs' quotes on death that were making the rounds. I also made sure to not schedule a library visit on the days that campus was in lockdown in honor of Jobs and the dignitaries who paid their respects at Memorial Church.