The historic German Hanse city of Goslar accumulated great wealth in medieval times thanks to the silver mines in neighbouring Rammelsberg while it was also the location chosen by Emperor Heinrich II for court meetings and synods.

The mines of Rammelsberg and the perfectly preserved old town of Goslar, which dates back to the Middle Ages and includes over a thousand timber-framed houses, have both been designated UNESCO World Heritage Sites since 1992. 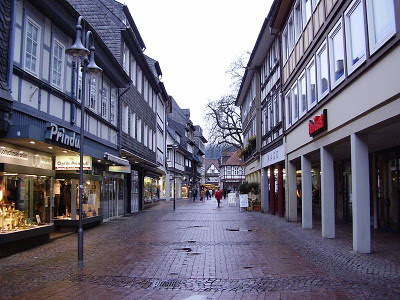 Goslar played an important role in the Hanseatic League and between the 10th to the 12th century became one of the seats of the Holy Roman Empire.

Evidence of Goslar's importance and wealth are evident in the construction of an imperial Palace and the Palatine chapel of St Ulrich, which contains the heart of Heinrich III.