Where can you wander alongside the ghosts of Roman soldiers at garrison towns, ancient temples and crumbling forts? Step back in time nearly 2000 years by exploring Hadrian’s Wall along England’s wild northern frontier. The wall crosses a sublime, historic landscape that is still giving up the secrets of the region’s turbulent past. 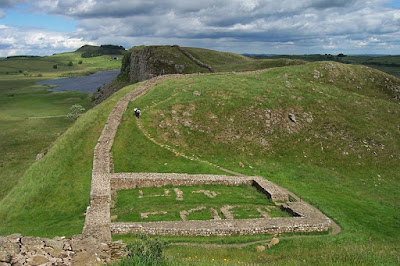 Hadrian ordered the construction of his wall in 122 AD, ‘to separate the Romans from the barbarians’. It stretched in its heyday from coast to coast, with a pair of turrets and a ‘castle’ or small fort every mile. It’s impossible to walk Hadrian’s Wall and not become fascinated by the Romans and Britons who lived, worked and died here. Whether you’re covering a short section of the wall in an afternoon or spending a week walking its entire length, let Lonely Planet magazine guide you to the six unmissable sights.

Click here to read this article from Lonely Planet