Melting icefields on Baffin Island, one of the clearest signs of climate change on Earth, have yielded the strongest evidence yet for the timing and cause of another major climate event from the planet's past: the so-called Little Ice Age, a sudden and mysterious cooling of the globe that began about 700 years ago. 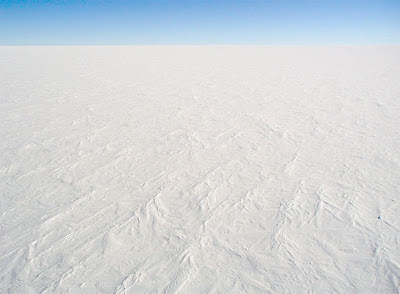 Recently exposed remains of plants that had been buried under Baffin Island ice for centuries provided the crucial clue that has led an international team of researchers to conclude the Little Ice Age was triggered by volcanic eruptions between 1275 and 1300 and was sustained by changes in Arctic sea-ice cover that lasted several centuries.

Writing in the latest issue of the journal Geophysical Research Letters, the team of 13 scientists from the U.S., Iceland and Britain notes that, "there is no clear consensus on the timing, duration, or controlling mechanisms" of the Little Ice Age, which has been attributed by some experts to the onset of a period of reduced heat from the sun.

Click here to read this article from the Vancouver Sun

See also Volcanoes and the Little Ice Age: Not the Smoking Gun? - from Wired.com