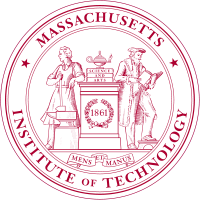 MIT doesn’t seem like a place where you can dine on food from the Middle Ages. But this month, you could prepare, cook, and eat like a 14th-century nobleman.

For over a decade, during the Independent Activities Period between semesters, Massachusetts Institute of Technology has offered a noncredit class on “old food’’ from the region around the Mediterranean Sea. The idea came from conversations History Department chair Anne McCants, who teaches the class, had with a colleague about how little students know about daily life in the past, she says. “Both of us liked to cook and I was especially interested in nutrition and health of past populations, as well as the productive capacity of agricultural societies. So all of that came together to suggest a fun but informative IAP class using ancient and medieval recipes.’’

This year’s participants were a diverse dozen from the university’s various academic departments, including budding engineers, staff, and at least one bona fide student of history. The hands-on, half-day class took place in the modern kitchen of Next House, a student dormitory. Electric ovens stood in for wood fires.

Click here to read this article from the Boston Globe