How the Bible Became a Book 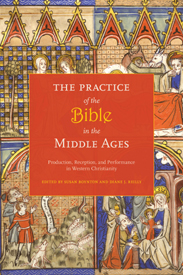 Enter any North American hotel room, pull open the drawer next to the bed, and you will encounter a remnant of late-medieval culture: a single-volume Bible. Mass-produced as a small book with tissue-thin pages, this form of Bible was actually a medieval invention, intended to make Scripture relatively uniform and more widely available. Before the 13th century, however, the Bible as a physical object was very different from its modern counterpart. Bibles could be assembled in any order, incorporate only some of the books thought necessary to a Bible today, and even include added "non-biblical" texts completely unfamiliar to the modern reader. In fact, the texts that were thought to comprise the Bible were flexible for centuries, as the composition of the biblical "canon" (from the Greek word for "rule") was debated in both Judaism and Christianity and some writings were eventually rejected as apocryphal.

Early in the history of Christianity, the most important units of Scripture were the individual books of the Bible, such as the books of Moses, the Prophets or the Gospels, which could be grouped together in various combinations and sometimes in differing orders depending on how they were read aloud in the liturgy. Most people did not own a Bible. It would have been difficult for ordinary Christians (who were probably illiterate and thus knew biblical texts only from hearing them read aloud) to discern which of the stories and explanations they heard were canonical parts of the Bible, and which were interpretations or additions.