Remembering Joan of Arc, the Maid of Orléans 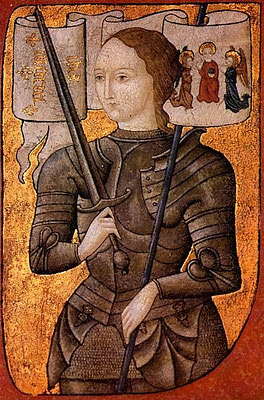 No one knows for sure when Joan of Arc was born in the village of Domrémy. But many believe the date was Jan. 6, 1412 — six centuries ago today.

After all this time, the tale of Joan of Arc remains a strange one. A peasant girl who never learned to read or write, she answered a call from God by leaving her family and travelling across France on a personal mission.

Although just 17 when she left home, with no training beyond spinning wool and sheep-herding, Joan’s goals were ambitious. She planned to lift the siege of Orleans, free France of its English occupiers, restore the Kingdom of France and see its leader, Charles VII, crowned King.

Joan began her mission about 1429, having been guided by interior voices for about two years. When she set out for Chinon, where Charles the Dauphin was staying, much of France, including Orleans, was occupied by English armies. For anyone considering it, the prospect of restoring the French monarchy must have seemed slim.