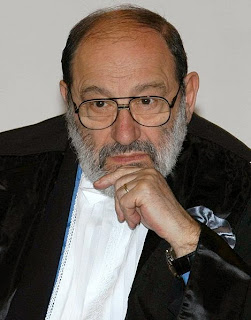 Italian author Umberto Eco, turning 80 today, can boast decades of literary success, but he got a late start in life as a novelist.

Many will remember him as having penned the book The Name of the Rose; perhaps even more people were gripped by the film, starring Sean Connery. Both narratives unlock medieval history through fast-paced, intricately-plotted storytelling and literary somersaulting referencing other world-class scribes, such as Jorge Luis Borges, and detective protagonists like Sherlock Holmes. The book, released in 1980, became a best seller, turning over millions of copies around the world and catapulting Umberto Eco to literary fame.

That book, "The Name of the Rose," was the writer's first novel and came relatively late in life - at nearly age 50. Yet it likely couldn't have been written - or at least not in that way - had Eco not made an impressive academic career for himself beforehand.