Restoration of Medieval Monastery in Bulgaria to Begin Next Year 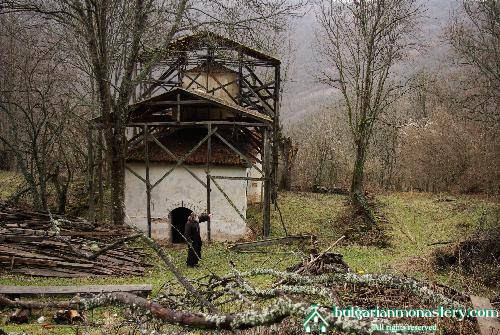 Restoration of the St Michael the Archangel Monastery near the Bulgarian town of Trun will begin next year, Trun Mayor Stanislav Nikolov said. The monastery has been proclaimed an archaeological and cultural monument of national importance. It is located on the left bank of the Erma River, close to the Trun Canyon.

The monastery was set up in the late 14th century and is considered an original example of medieval cult architecture in Bulgaria. An antique sacrificial stone is preserved at the place. The church, an architectural analogue of the church at the Poganovo Monastery in Serbia, is also preserved. During the National Revival Period, the monastery was home to a school. The monastery played a role in the struggle for Bulgaria's liberation from Ottoman rule. The Trun Revolutionary Committee was set up there.

After it is restored, the monastery will be included in a tourist route, which will also comprise museums of ceramic art and yogurt, an eco path along the Trun Canyon, and the Poganovo Monastery in Serbia.